Please join us in celebrating Ursuline Academy’s faculty and staff members retiring this year. We congratulate them on their retirements and express our collective and immense gratitude for their dedication and unwavering commitment to Ursuline Academy.

Click here to make a donation in honor of Susan, Sue, or Jim. Select “honor” and enter their name while making a gift. 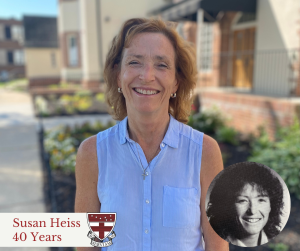 Director of Athletics and Volleyball Coach

Our beloved Head Volleyball Coach and Director of Athletics, Susan Heiss, hung up her whistle for the final time as she retired at the end of this school year after 40 years at UA. Susan Heiss’ highly accomplished coaching career includes over 540 wins, 11 State Championships, and 23 final four appearances in the State Tournament. She is currently the second longest-tenured coach in Delaware among all sports. Susan has led Ursuline’s Athletic Program to become one of the highest regarded and most competitive in the region.

Additionally, she’s been a champion for women in sports since she took the reigns from Mrs. Capodanno ’46 in the 1980s, succeeding her as only the second person to lead Ursuline’s Athletic Program and one of the first high school female AD’s in Delaware. Most importantly, she has coached and mentored many athletes, making them feel part of a team, pushing them to reach their potential, and molding them in UA traditions. Coach Heiss, thank you for all you have done for Ursuline over the years and you will forever have a spot on our sidelines! 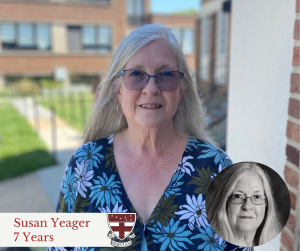 Since 2015, many Ursuline students have enjoyed being a student in Sue Yeager’s math class. Mrs. Yeager came to Ursuline Academy after teaching math at Christina School District and Pencader Charter. She brought with her a wealth of knowledge, countless teaching strategies, and infinite stories to engage her students. Mrs. Yeager quickly developed a reputation for caring deeply about her students and showing that she cared. Rarely would we walk past her classroom to see it empty, even when her classes were not in session. The students knew they could always count on Mrs. Yeager to listen to them, give advice, or simply get an extra hair tie. 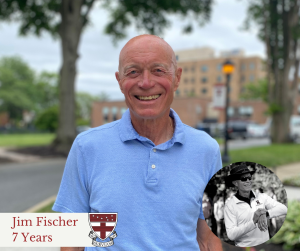 Coach Jim Fischer has retired after coaching for 53 years. Since 2014, Ursuline Academy’s Cross Country and Track & Field Programs in the Upper School have been led by the former longtime University of Delaware running coach. During his time at Ursuline, his teams have accomplished the following: 3 State Championships, 5 State Championship Runner Ups, 1 New Castle County Championship, and 4 Catholic Conference Championships, in addition to many individual athlete accolades. Additionally, Coach Fischer was named Delaware State Coach of the Year twice. Nine of the athletes he coached made college commitments for collegiate Cross Country and Track & Field programs. Beyond awards, he taught seven years of Ursuline athletes lessons that they will carry throughout their lifetime.

We are incredibly grateful for all Coach Fischer has done for Ursuline’s running program and athletes. It’s incredibly special that his long coaching career is concluding at UA where he is loved and admired by so many!